Dr Susie Lum, Hong Kong Academy of Nursing, Founding and Immediate Past President, retired as the General Manager of Nursing Administration at the Hong Kong Hospital Authority. She was responsible for managing the development of nursing policy, education and twenty thousand nurses for more than 14 years. She guided nurses to serve the public wholeheartedly during the SARS period. She received her to nursing education and an MBA degree in Australia and England. In 2000, she was awarded honorary doctorate in nursing granted the Royal College of Nursing, Australia Fellow, the Hong Kong Academy of Medical Administration and the Hong Kong Academy of Nursing Fellow. In 2004, she was awarded Harvard University School of Business Administration Scholarship for short-term studies on management and leadership. In 2013, International Committee of the Red Cross awarded her Nightingale Award in recognition of her outstanding work in disaster relief as well as the field of public health and nursing education.

Since 2009, she has become advisor of UpPotential and many patient associations to serve the community continuously in health education and chronic disease management. 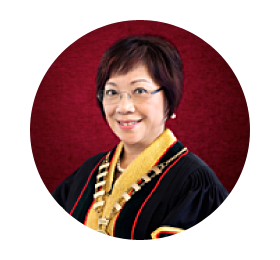