Dr. Tam Mo Shing was graduated from St. Paul's Co-educational College in early years. He went to UK for study afterward, and got the training in the University of Oxford and Leeds. When he returned back to Hong Kong, he joined the government hospital immediately, where he worked for three decades. He has served as the president of Kwai Chung Hospital and was awarded as the honorary professor of Medicine in Hong Kong University and the Chinese University. He retired as the senior Consultant in 2005. At the time he worked in public hospital, he has trained numerous psychiatrists, including Professor Wong Chung Kwong and Dr Cheung Kin Leung.

In 2006 he was appointed as the Senior Psychiatric Consultant (Senior Consultant), who is one of the three senior consultants in Union Hospital. This is to give recognition for his honorable status in the psychiatric field.

Besides in the area of psychiatric, Dr. Tam also specializes in First Aid. He has been the chief examiner for the St. John Ambulance for ten years and was awarded with a special honorary medal.

Dr. Tam is a versatile man and is recognized as a "genius" among his peer. Besides, his outstanding medical skills, he is able to speak several languages. He also participated in research on the area of Chinese literature and Chinese history. He was duly appointed by the public hospital as the Consultant for the Chinese History. The "Zhang Xueliang and the Xi'an Incident" topics is included in his doctoral research of the literature.

Dr. Tam is a Christian. He and his wife both received the Diploma of Evangelism and Bibliology in the Salvation Army Theological Seminary.

In addition to academic, Dr. Tam and his wife like travelling. They have visited over eighty countries, including the Seven Wonders of the World and Antarctica. Therefore, he was appointed as a travel feature writer by newspapers.

Dr. Tam has a close relationship with sports development in Hong Kong and his native country - China. In 1995, he was appointed as a lifetime President of Karate do Federation in Hong Kong, to thank his efforts on promoting the sport. Dr. Tam has tremendous contribution to the development of sports in Hong Kong and China because of his earlier passion in life. Therefore, he was appointed by the Karatedo Federation as a lifetime President in 1995 to honour his support and contribution.

Also, in 2010, Dr. Tam was awarded by Queen Elisabeth II for The Order of St John, as to recognize his performance in helping those in danger and distress. 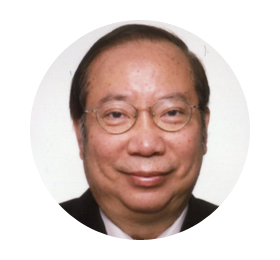