Professor Sally Chan is the third President of the Tung Wah College. Riding on the solid foundation laid over the last decade, Professor Chan aims to develop TWC into a top-notched private university, recognised for its high quality programmes that meet the needs of society in the coming years.

Professor Chan remarked, “I am honoured to be appointed as the new President of TWC. I look forward to working closely with staff, students and alumni, and enhancing the communications with our external stakeholders. I would endeavour to lead TWC to become a private university by advancing the academic level and teaching quality of the College. We will also continue to nurture competent, socially responsible and caring professionals for the benefits of society.”

Professor Chan believes that TWC has already built up a niche in healthcare education and has taken up an important role in the self-financing tertiary education sector of Hong Kong. She hopes that the College can forge ahead in academic research development and bring positive impacts to society. To accomplish this mission, the College will put more resources in promoting research culture and strengthening research capacity.

Professor Chan started her association with TWC since 2014, when she served as a Visiting Professor at TWC. On behalf of the University of Newcastle (UON), she had signed Memorandums of Understanding (MOU) with TWC to facilitate the co-operations of the two institutions in teaching and research. Before her assumption of office at TWC, Professor Chan attended a sharing session on 9 December 2020 to meet the staff and students respectively to learn about their teaching and learning experiences at TWC and their expectations on the development of the College.

Professor Chan has rich management experience in tertiary institutions. During her terms of service as the Pro Vice-Chancellor (PVC) of the University of Newcastle Singapore Campus (UON Singapore), she successfully led the University to achieve prudent growths in student population and financial capacity. Prior to that, she was the Dean of the School of Nursing and Midwifery of UON in Australia from 2014 to 2019, and she led the School to attain a worldwide ranking of top 47 in Nursing (QS World University Rankings by Subject 2019). The School’s research was ranked well above the world standard and obtained the highest score of 5 in Excellence in Research for Australia for consecutive terms in 2015 and 2018. In 2016, she obtained the UON Vice-Chancellor’s Award for International Engagement, and the UON Faculty of Health and Medicine International Award as a recognition of her achievement in building international relationship for the University.

Professor Chan started her academic journey in 1992. She had taught at the Hong Kong Polytechnic University, the Chinese University of Hong Kong and the National University of Singapore and nurtured generations of nurses over the years. She had also served as Visiting Professor / Adjunct Professor in different universities across China, Malaysia and Australia. Besides, she has extensive experience in working with multiple stakeholders from government, healthcare, education and business sectors.

Professor Chan is an international renowned scholar in nursing education and research. Her fields of specialisation include mental health care and psychosocial interventions, perinatal mental health and health professional education. Most of her studies are translational research involving interdisciplinary and international collaboration. She has been supported by more than 100 funded studies and has over 400 publications in international healthcare journals and international presentations. She was named by the Journal of Advanced Nursing (JAN) as the top 10 Australia and New Zealand Professors with the highest education-focused citations in 2018. In 2016, she was appointed as the Deputy Director of Priority Research Centre of Brain and Mental Health, University of Newcastle to lead multidisciplinary teams related to brain and mental health research in the University.

Her contributions to nursing and health care research have been widely recognised through international awards and honors. These include the induction as a Fellow of the American Academy of Nursing since 2013 and the ‘International Nurse Researcher Hall of Fame’ awarded by the Sigma Theta Tau International Honors Society of Nursing. Established in 2010, the Hall of Fame recognises nurse leaders who have achieved significant and sustained international acclaim for improving the nursing profession and the people it serves.

Originally from Hong Kong, Professor Chan started her career as a registered nurse and then further her studies abroad. She received her Bachelor of Health Science from the Charles Sturt University, Master of Science in Nursing and Health Studies from the University of Edinburgh, and Doctor of Philosophy from the Oxford Brookes University. 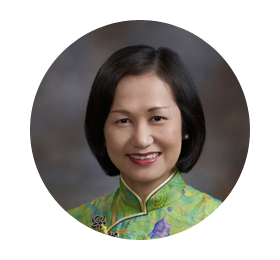